Interviewer: From the perspective of Toppan Printing, what is appealing about thread binding?

Mr. Kobayashi: Starting from the Manyoshu1, ancient books were bound by thread using a method called “watoji” (Japanese stab binding). “Ito-kagari” (Smyth sewn binding) is another way to bind books in which one sews paper with thread, as if sewing clothes. It’s also an ancient bookbinding method, although it’s not as old as “watoji.”

However, “ito-kagari” takes time and effort, so it’s expensive to produce. In the era of evolving bookbinding technology, bookbinding methods like “musentoji” (perfect binding) or “ajiro-toji” (burst binding) that are inexpensive and can be made in large quantities quickly became more common.

When I was in charge of brochures for the Japanese Pavilion at the 2005 World Exposition in Aichi, Japan, I bound them using the “watoji” method. It took so much time and effort! But when I saw the final product, it opened easily and was easy to read. It was so worthwhile to have bound the brochures this way.

In that sense, the reason why Hobonichi—which is considered a “planner to read” that also has a lot of space for writing—uses “ito-kagari” is obvious.

Interviewer: When the planner is opened flat, the spine is soft and flexible. What did you use to accomplish this?

Mr. Kobayashi: For the book to lie completely flat, it’s important to use soft glue. Regular books bound with “ajiro-toji” and other binding methods harden the spine with a strong hot melt adhesive. Because of this, the spine gets so hard it doesn’t let the planner open like the Hobonichi Techo. That’s why we decided to use soft glue. The glue is a trade secret, so unfortunately I can’t tell you more about it. Sorry!

Interviewer: What do you pay particular attention to when creating the Hobonichi Techo?

Mr. Kobayashi: After all, the planner is used daily, so I pay the most attention to having enough strength for one year of use. Opening and closing the planner every day requires strength in the planner’s binding. Toppan Printing uses two things that increase the strength of the planner: spine tape and endpaper. 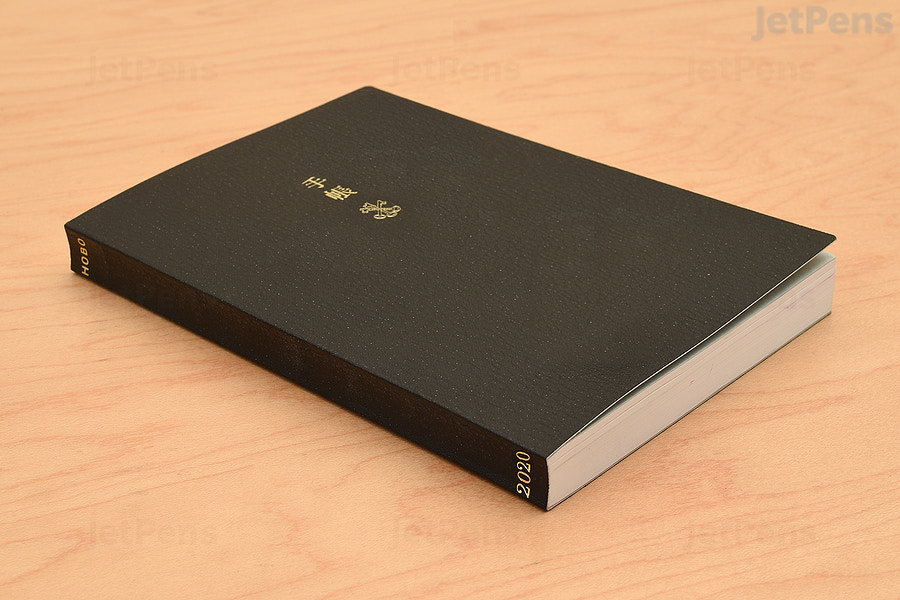 The spine of the Hobonichi Techo

The binding tape was chosen after testing all different kinds of tape. We chose a cloth-like material that is durable and makes the planner easy to open. Furthermore, a piece of cheesecloth2 is inserted between the spine and binding tape. Cheesecloth is a fiber, so it absorbs glue well and sets well on the paper. After heating it, the strength of the bookblock, cover, and spine is increased. Currently, the number of machines that can add heat properly is limited, so it’s a very special bookbinding method that is rare to see.

The second important factor that improves the strength of the planner is endpaper. 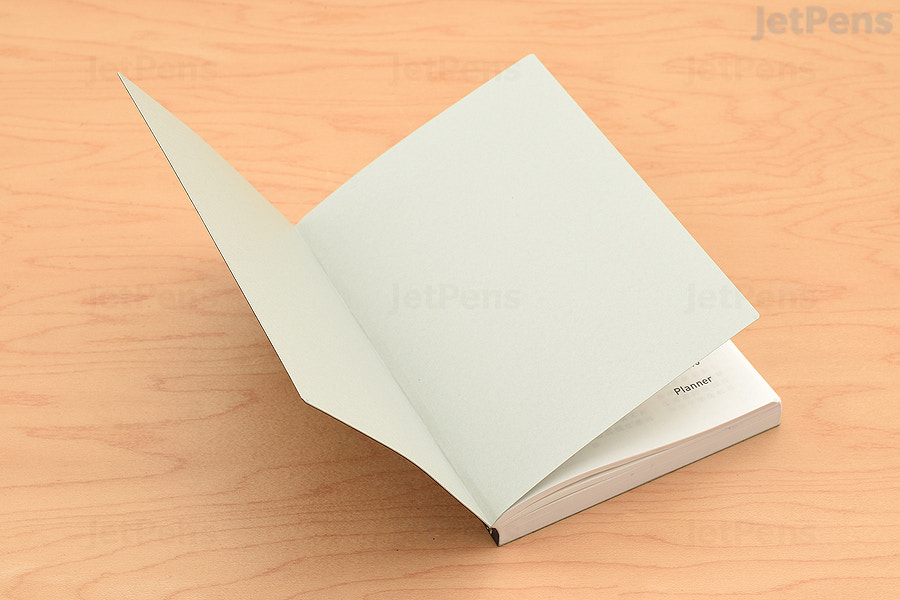 The endpaper of the Hobonichi Techo

The endpaper supports the entire body of the planner. If the paper is torn, the planner’s durability will be weakened, so we chose the endpaper very carefully.

Interviewer: I’ve heard that Toppan Printing has performed rigorous testing to make sure the planner can withstand one year of use.

Mr. Kobayashi: Yes. We use Tomoe River paper in the Hobonichi Techo. Other than that, we’ve tested every part of the planner in order to improve it. We tested about eight different kinds of cover paper, spine tape, and endpaper, and swatched a bunch of combinations. We opened and closed the pages 3,000 times. These tests have led us to the planner you see today. I’m proud of the combination we chose. I’ve heard that Toppan Printing wants to advertise the production of the Hobonichi Techo as our own brand of bookbinding.

The Hobonichi Techo is made by the unit that specializes in planners. Manufacturing the planner requires specific machines and specialized technology—even a machine for the particular method of folding pages. Tomoe River paper is also very thin, so it’s difficult to bind this type of paper.

With that in mind, we are making them carefully by thinking about what we need to pay attention to in a planner. Since the planner is so personal, we take pride in the quality of a product that can be used for a whole year.

Disclaimer: all images are owned and copyright by their respective owners and website (www.jetpens.com) and “https://madcity.supplies/blog” is for news, information, product news and reviews.